The Clouds Did Look Promising

And, the forecasters were calling out a 40% chance of rain after 9am. 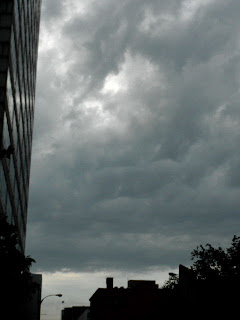 The clouds did look promising.

Early in the work day I had cause to visit another department. There was a cake on one of the desks. On the cake was written in bold orange frosting: "Happy Birthday Cheryl". While I was there a manager walked through. He looked at the cake and said, "Oh, whose birthday is it?" A co-worker and I looked at each other and said nearly in unison, "Cheryl's." I'm happy to report neither of us added, "Duh." I took this little episode as a gentle reminder of how short the supply of situational awareness is. If a person can look directly at a birthday cake and miss the person's name whose birthday it is, how can it be a surprise that people overlook motorcycles in broad daylight? I'd like to think if this manager had been driving he'd of been paying closer attention, but I have to wonder.

Later on in the day, on my way back from lunch another manager, the Harley rider who has turned up in this journal before, said to me, "So, you gambled today did you?"

"You rode today. You gambled it wouldn't rain."

He's response? "That's what I said, you gambled."

I'm happy to report I didn't add, "Whatever." 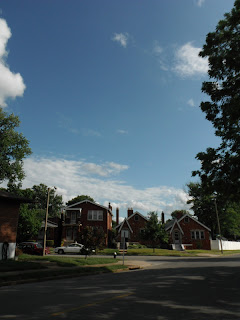 It never did rain today and by home ride time it was sunny. We really need rain. Being lucky for me today would have been riding home in a nice gentle downpour.