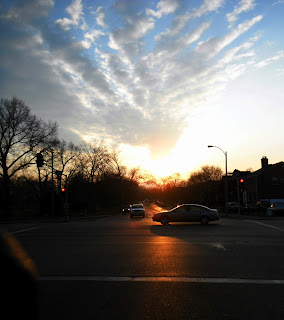 Traffic was fairly light. It is Good Friday and many folk either had the day off or took it off. Most of us Court employees were dismissed early. It was a glorious day to be set free. 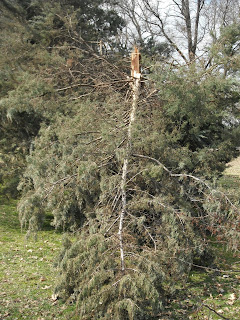 I spent some time in Tower Grove Park. I wanted to see how the pine trees fared after last weekends snow. Not good I'm afraid. 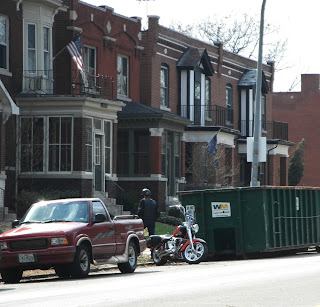 As I was leaving this bike pulled up across the street. I saw a number of bikes and scooters out enjoying the Spring like weather. I also saw two Volkswagen Beetle convertibles. I noticed yesterday an Ad about the 2013 Beetle convertible. I mentioned to Heather I did even know the 2nd generation Beetle had a convertible option. She said she'd seen them. When I looked at some photos of them, I suspected I'd seen them, but they had always had their roofs up and I just had overlooked them. Today I didn't overlook them. I saw two. I wonder how long before I see a new 3rd generation 2013 Beetle convertible on the road? I'm on the lookout now.