It was windy, but not so windy. I didn't face any 50 mph gust. Officially the highest gusts during my ride times was a little over 30 mph. 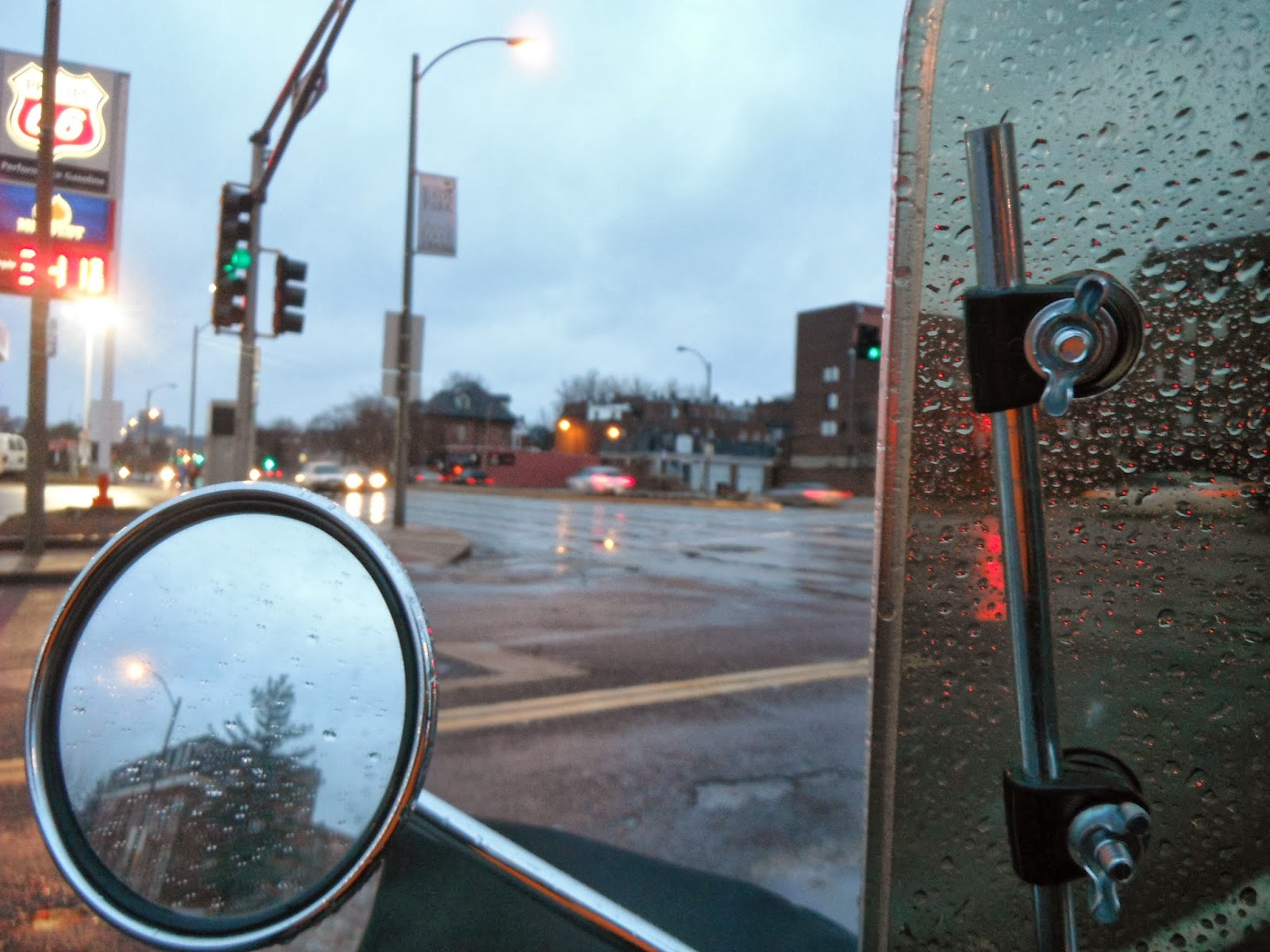 I missed the heaviest of the rain as well. I rode Downtown in a steady, but light rain. A couple of times I thought I saw a snowflake hit the windshield. I'm 99% sure I didn't imagine it. 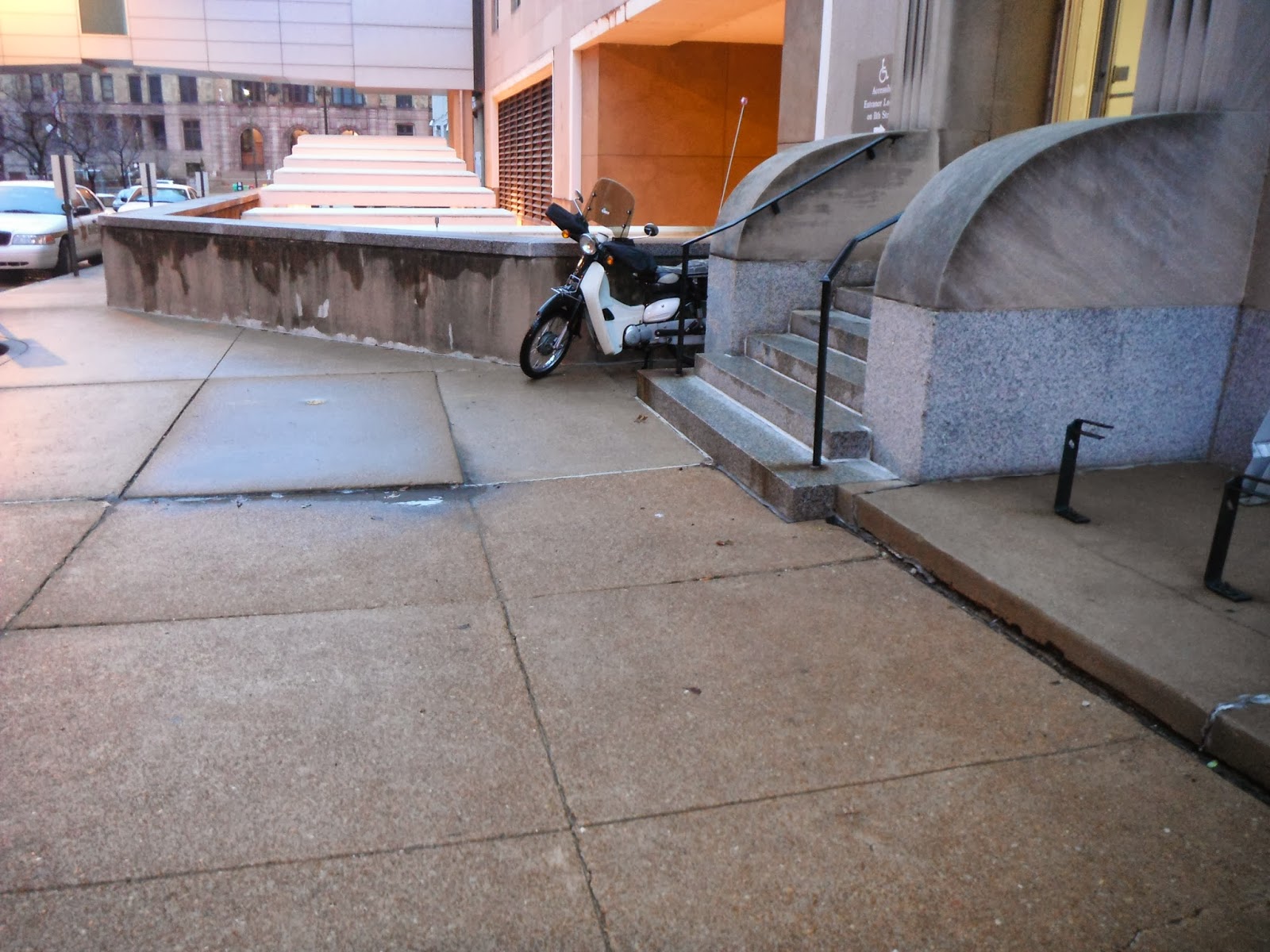 Just in case the wind did increase, I parked Billie where she would have some protection.

With the extra light in the evening, I decided to putz around a neighborhood or two rather than come straight home. 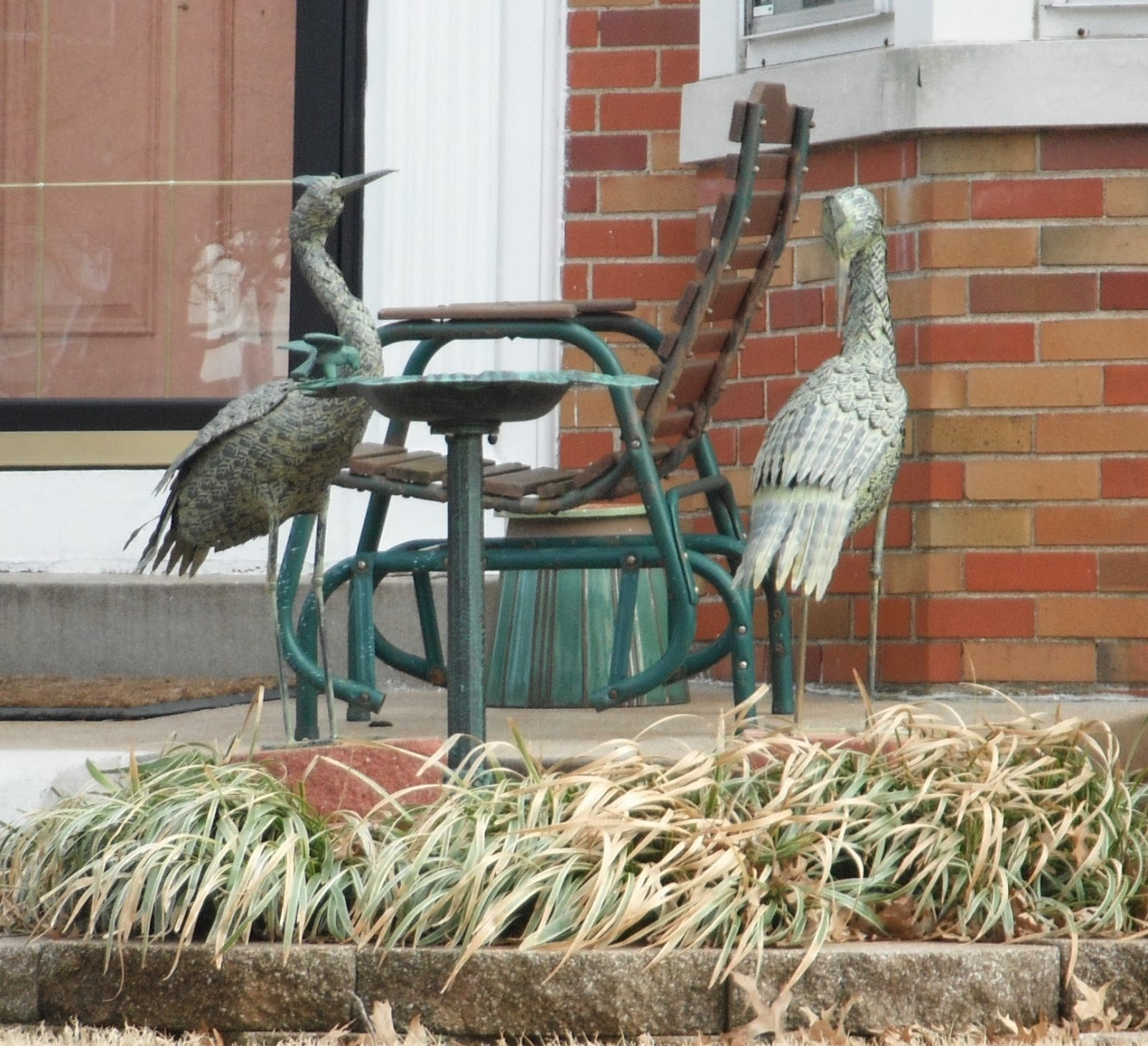 I spied these two on a street I've been on many times. I'd never seen them before. I don't think they are new. I think it just hasn't been my time to notice them until today. It's wonderful how many discoveries are waiting for me. It's why I keep returning to the same neighborhoods over and over again. It isn't so much that I'm looking for something new as it is my coming to really see what is already there.