Nope I haven't been riding.

It has been a very strange time. 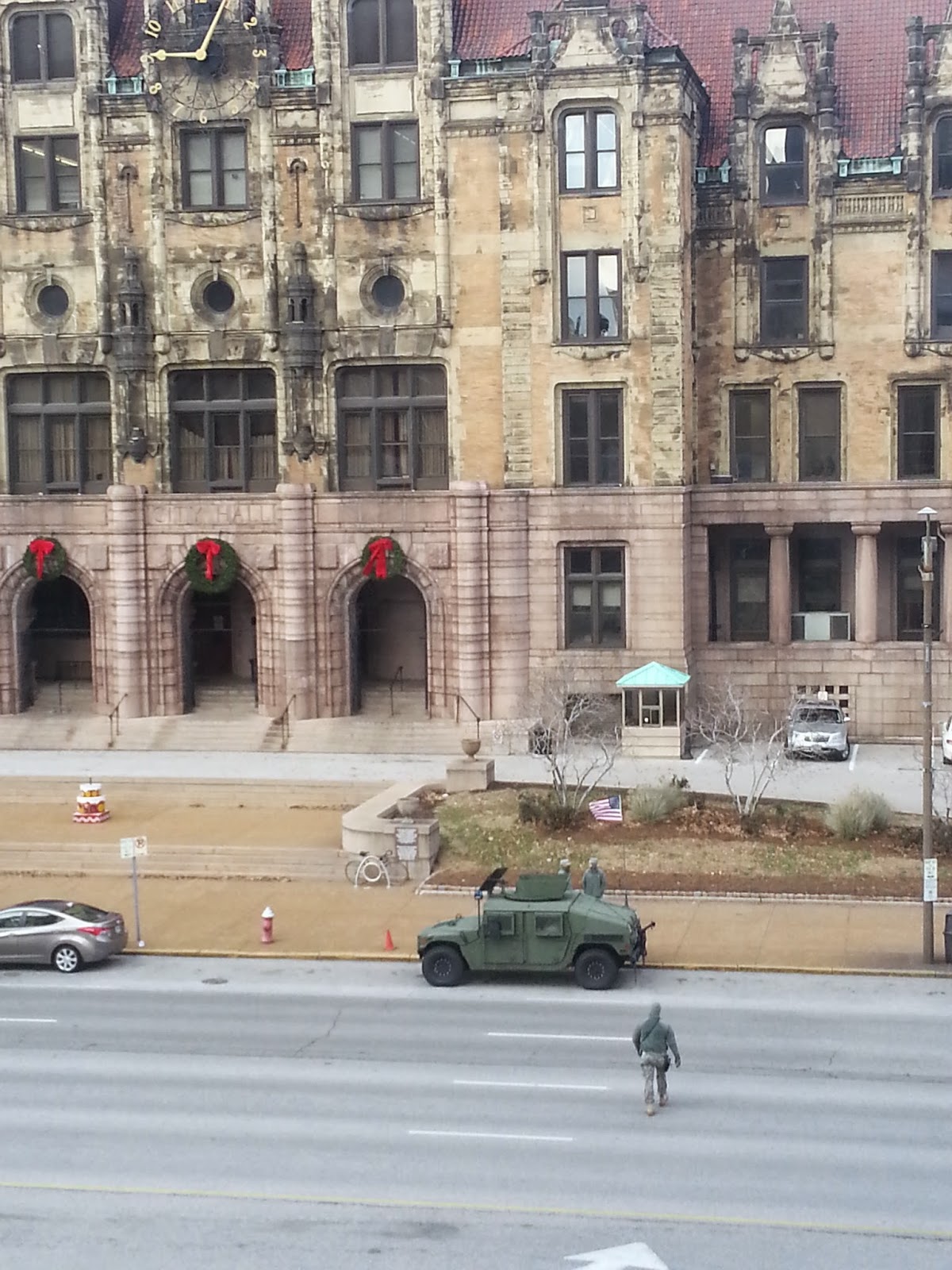 I'm sure you've heard much about the events here over the last few days.

Monday was full of anxiety even before we knew the Grand Jury had reached its decision. I can only imagine what it was like in the County Courthouse.

There were demonstrations Downtown yesterday and today. Today's targeted City Hall. As I went to lunch I passed the demonstrators. 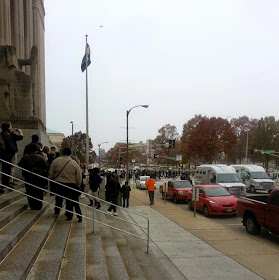 A co-worker took the above photo and the one which follows. 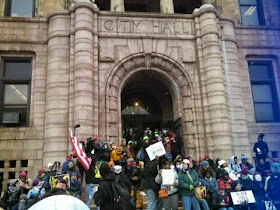 By the time I got back from lunch they had moved on.

And then it started to snow. 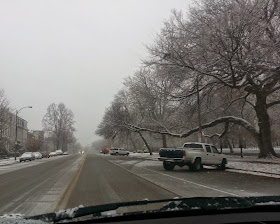 It was pretty messy for the drive home.

Although I've missed riding the past couple weeks, it has probably been for the best.

I suspect I'll be back on two wheels soon, and I do hope soon comes sooner rather than later.
Keith - Circle Blue at 3:47 PM
Share