Yes I rode to work today.

But, first I took my Yaris in to be serviced. 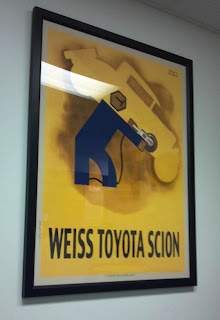 I've joked about getting a bumper sticker made saying: My Other Scooter is a Yaris. It was simply a routine maintenance trip and didn't take long. Even though I'd scheduled it a couple of weeks ago I couldn't get a real early time. I'd been upset, but know with an unsettled weather situation I was grateful for the late appointment time.

I'd hope the weather would clarify while I was doing this chore and it did...sort of. It became clear we were right on the edge of whatever was going to happen. Happily the freezing drizzle was replaced with just plain drizzle and the worse case scenario was the possibility of scattered snow showers. With the ground still right at freezing, the air temperatures above freezing, and all the roads I'd be riding treated with chemicals to melt any ice, I figured I was good to go. 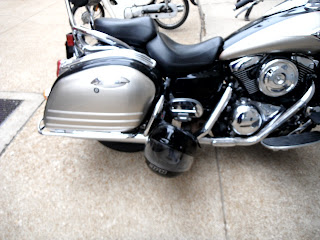 When I got to work the other year around rider was there. I was curious about his leaving his helmet locked to the bike. With drizzle probable I guess he was banking on getting out before it rolled in. 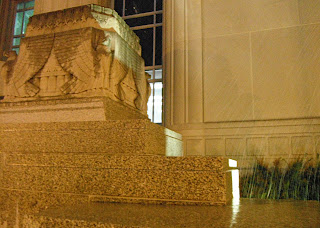 When it became time for me to leave it had already started to snow. 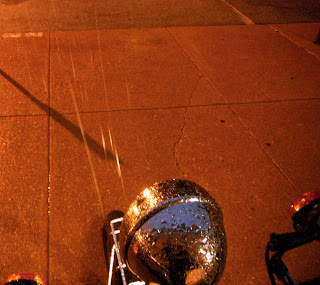 The Deputy's bike was gone. I hope he got out before the snow began. If not he got one very wet and cold head. There was nothing scattered about the snow. It was steady and it was wet. 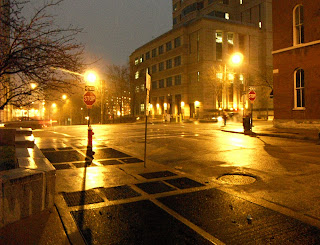 Still the temperature was above freezing and as I prepared to leave the parking area none of the snow was sticking to the ground. 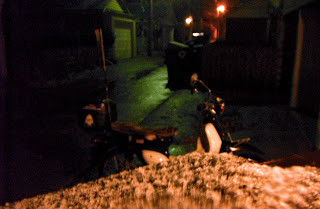 I had a great ride home. While I was in the midst of the falling snow the road conditions were no worse than a light summer rain. By the time I got home the snow was beginning to stick on elevated surfaces, on the cars, on the trees, and on the bushes.

It was really trying to look like Winter, but those of us who know Winter weren't fooled...at least, not yet.