Flurries In The Forecast

There were snow flurries in the forecast. As I read the Forecast Discussion Page on the National Weather Service site it seemed to me conditions were ripe for a surprise. Since I don't like surprises I decided I would drive.

Early in the afternoon it began to snow. 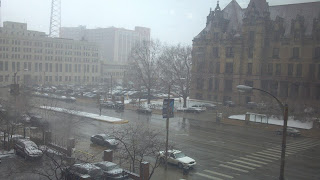 By mid-afternoon it was trying to look wintry.

Later the temperatures began to tumble and the conditions became perfect for black ice to develop. 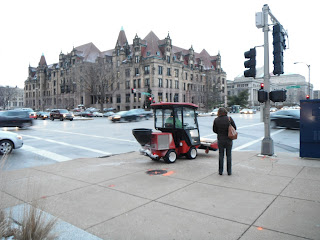 I think it caught the street and grounds folk by surprise.

When it was time for me to leave the Courthouse for the evening the snow had stopped, but a flurry of a different kind, a flurry of activity, was underway. 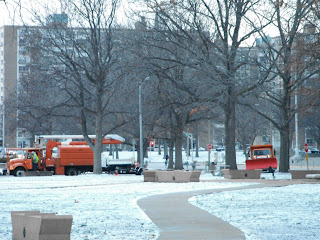 The salt trucks were out and the maintenance people were spreading melt-em stuff on the sidewalks. The wind was picking up and blowing what little snow we received over the streets causing even more glazing. 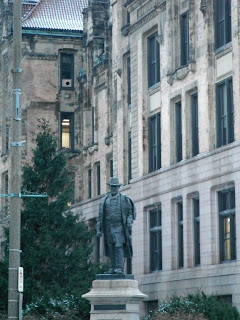 General Grant watched it all from his place by City Hall. 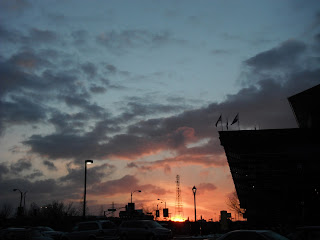 Me? I walked mindfully off into the sunset. 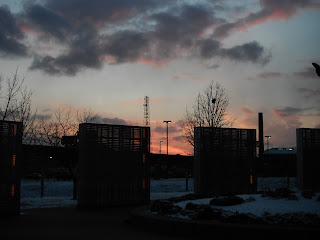 I don't suspect I will ride tomorrow either. Oh well, it's about time the season gave me a reason to drive.