It was another beautiful day for riding. 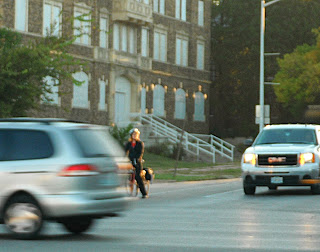 I often see cyclists on my way to and from work. It was seeing them commuting which gave me the idea to get a little scooter. Since my knees don't like cycling it seemed to make sense. Fortunately, me being a head injury survivor neither occurred to me, nor has it presented a problem with the unfolding of one of the most satisfying things I have ever done in my life. 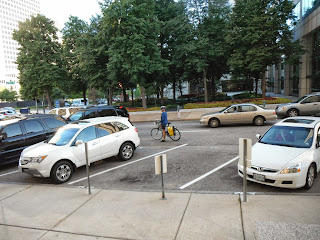 My eighty-five year old father bought a bicycle a few weeks back. I wouldn't want to venture a guess how long it had been since he'd even been on one. He has a bum big toe on one foot and can't walk for distance anymore. He rode a bicycle a lot as a young man, but then got a car. Now he's riding again. He was surprised at how easy bikes pedal now. He has ridden sixteen miles a couple of times. Seems like he made a good choice, a choice many would've have doubted the wisdom of. I guess we come from the same tree.