The day was overcast. 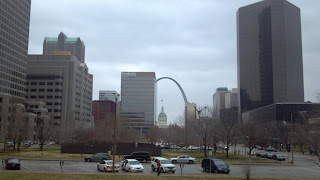 During the afternoon I kept checking the National Weather Service radar. I was watching a line of storms slowing moving toward St. Louis. By four o'clock it became obvious the front was going to arrive just as it was time for me to depart work. 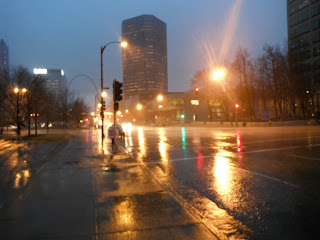 Fortunately, it wasn't windy, nor was there much thunder and lightning. I was riding Isabelle, my Kymco People 250S, and with her front and rear disc brakes she is probably a better bike for nights like this. Billie has drum brakes and isn't quite as well balanced as Isabelle. 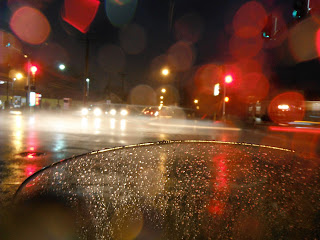 Tonight was a very good test for my Firstgear pants. The first year I owned them they did well in the rain. Last season they began to leak. I re-waterproofed them according to direction from their customer service people. I was hopeful. Alas, they failed. They didn't fail terribly, nonetheless they failed and I had a wet bottom by the time I got home. Oh well, time to move on. Fortunately, the pants I wear when it is cold have so far proved waterproof.

Tomorrow is looking like a drive day. Things can shift around very quickly here in the Midwest.