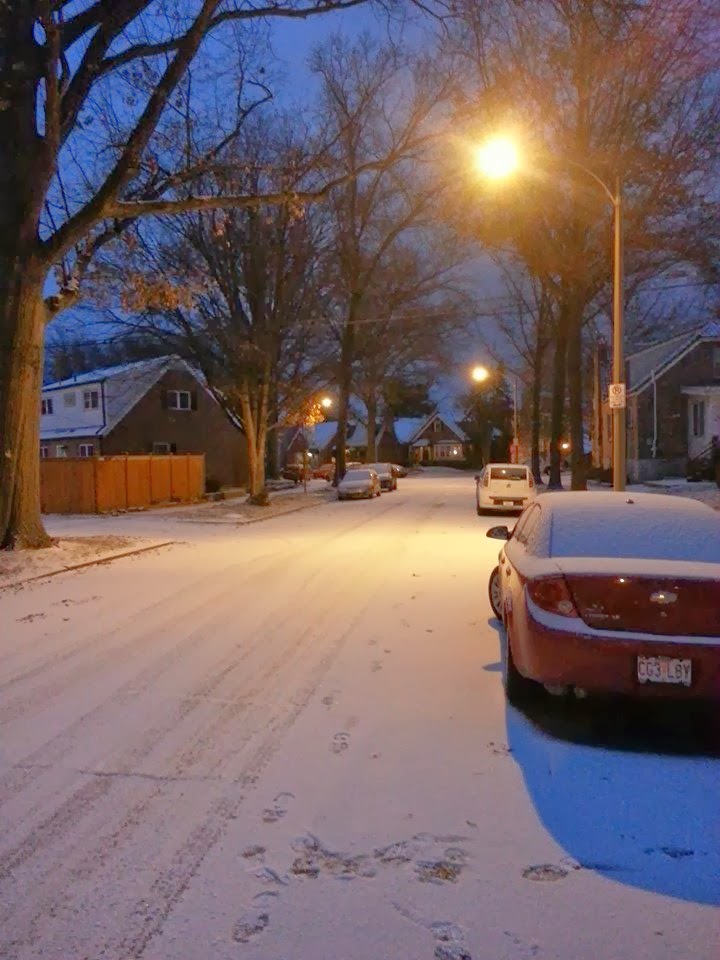 Pretty, yes? Actually, the traction on my street was decent and I thought about riding. I assumed with the roads pretreated yesterday, they would be clear. I'm glad I decided to drive. The streets were a mess. Many of the intersections were quite slippery. 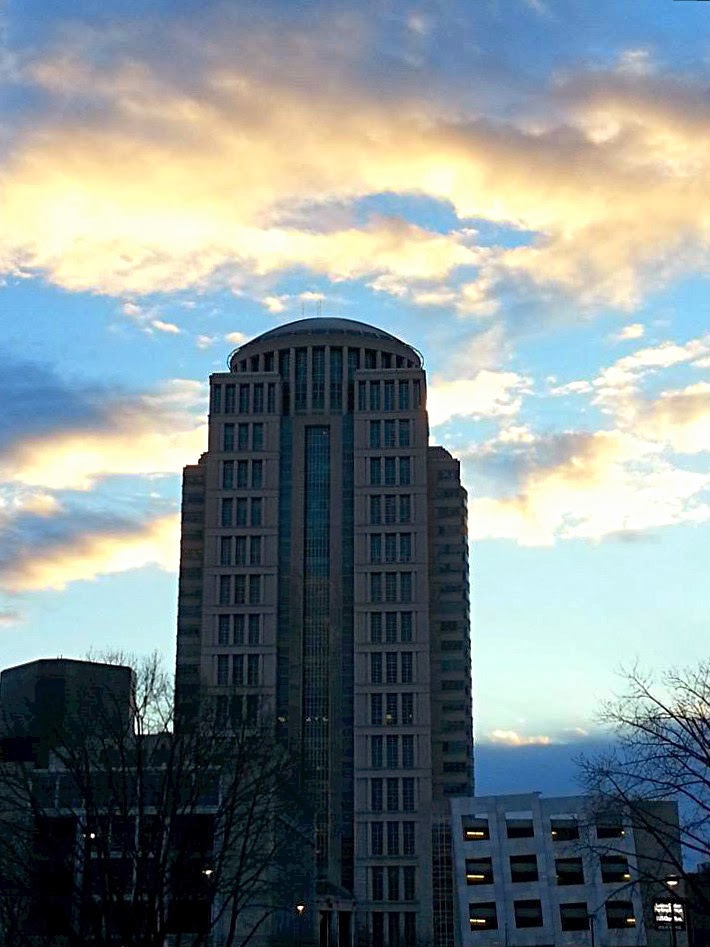 I left home a little earlier than I normally do, but arrived significantly later than I expected. By the time I did get Downtown the Sun was trying to make a show of its arrival.

There were lots of accidents during the morning drive. Many were rear end collisions. Nearly all were fender benders. It seems to me this is one of the dangers of riding a rig on a day like today. I was grateful to have the protective cage around me as I watched folks sliding through stoplights into intersections and plowing into parked cars.

By the afternoon all the snow was gone. The temperature made it all the way up to 47F/8C. During the drive home I encountered some sleet. It was was over quickly and, besides, the temperatures were still above freezing.

I wonder what tomorrow will bring. There could be some snow again. I'm certain of this: it's going to be colder.

Will I ride to work? I'm as doubtful I will as I was confident I was going to today. As usual, we'll see.
Posted by Keith - Circle Blue at 6:24 PM