Delighted By Its Attention

The day was mostly sunny. 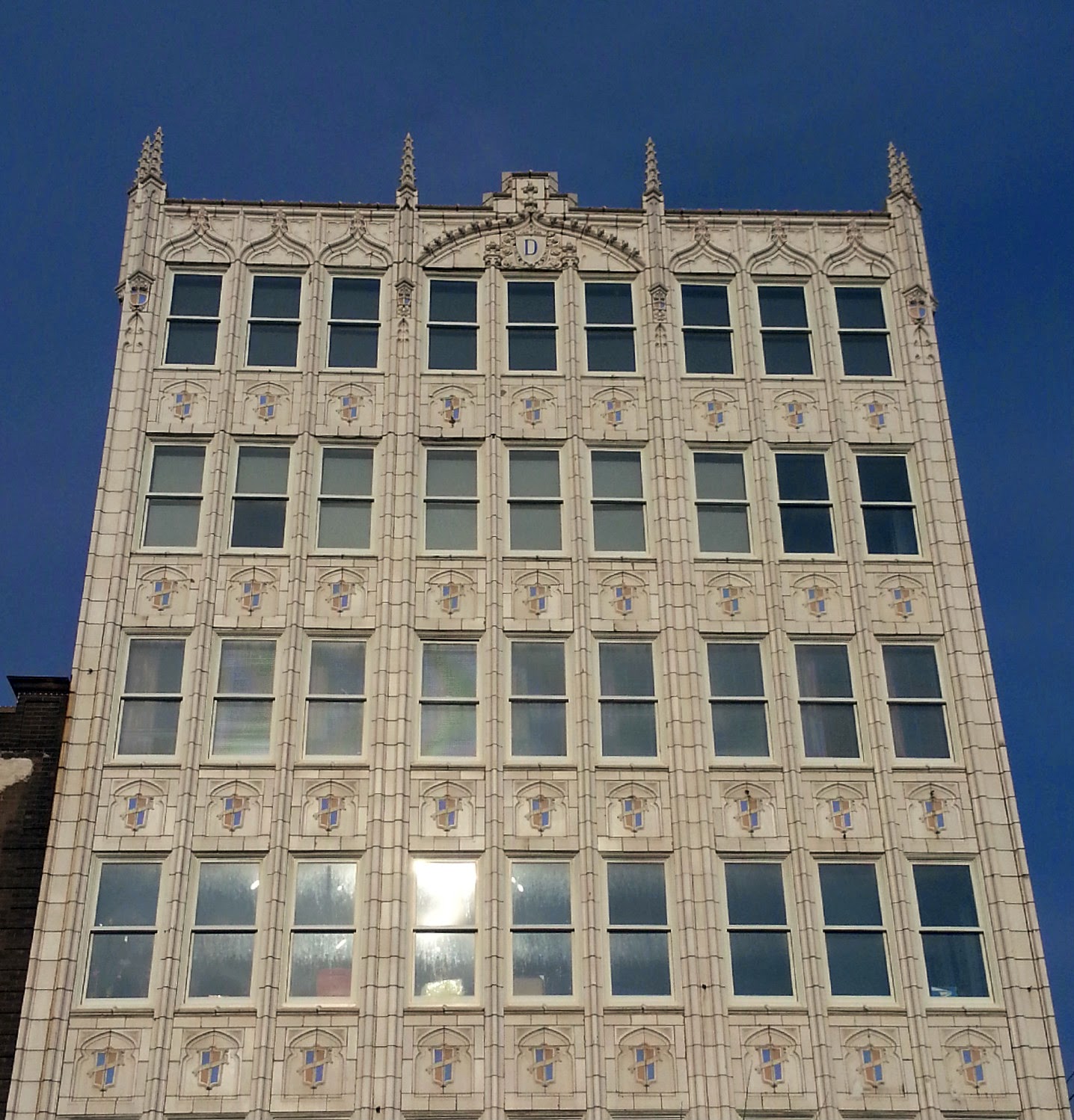 I ventured out and did breakfast in a different place. A cafe on South Grand with a view of one of my favorite buildings. I see this building on my evening commute from Arsenal Street as I cross South Grand. You may have noticed it in some of my photos. The Arsenal/Grand intersection is one I often find myself waiting for the light to change. Waiting for a light to change often means photo op.

Later I took the Red Fox down to Mike's. One of the problems of owning a Kymco is the lack of aftermarket items. I've mentioned wanting a larger windscreen. We took the windscreen off today and took to a plastics fabrication place. It appears I'm going to have a custom windscreen. It seems it will be cheaper and less hassle than trying to make something not really designed for the scooter work. 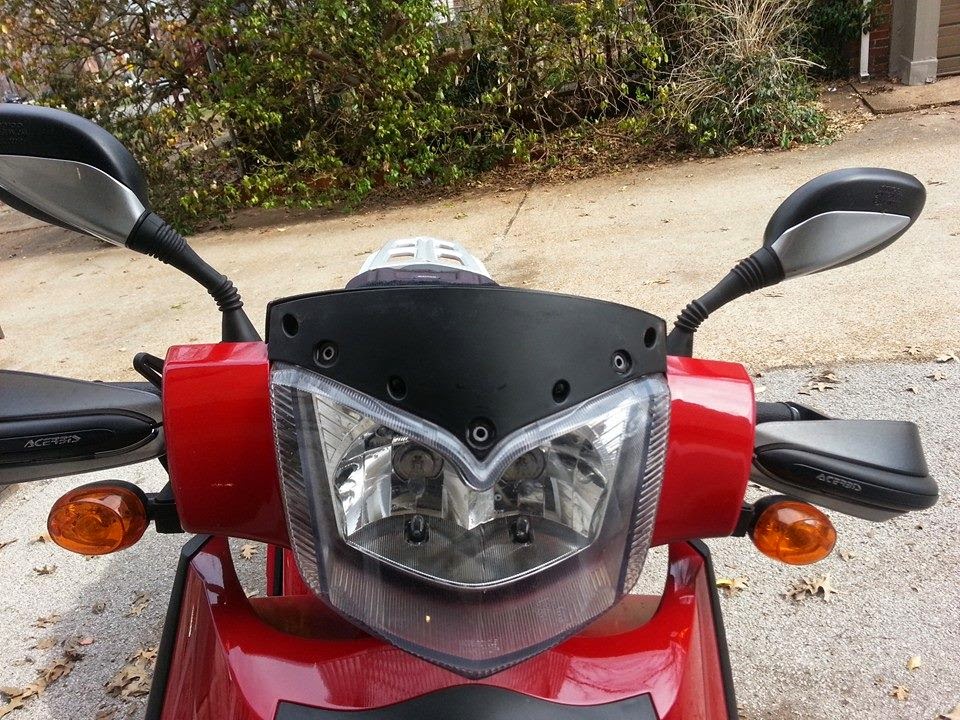 The company now has my windscreen and a cardboard template of what I want. It was very odd to ride home without any windscreen. It wasn't so much the wind as it was it just didn't look right. It was mildly disorienting.

Next it was Billie's turn. I needed to check her tires, gas her up, and get her ready for going back to work tomorrow. 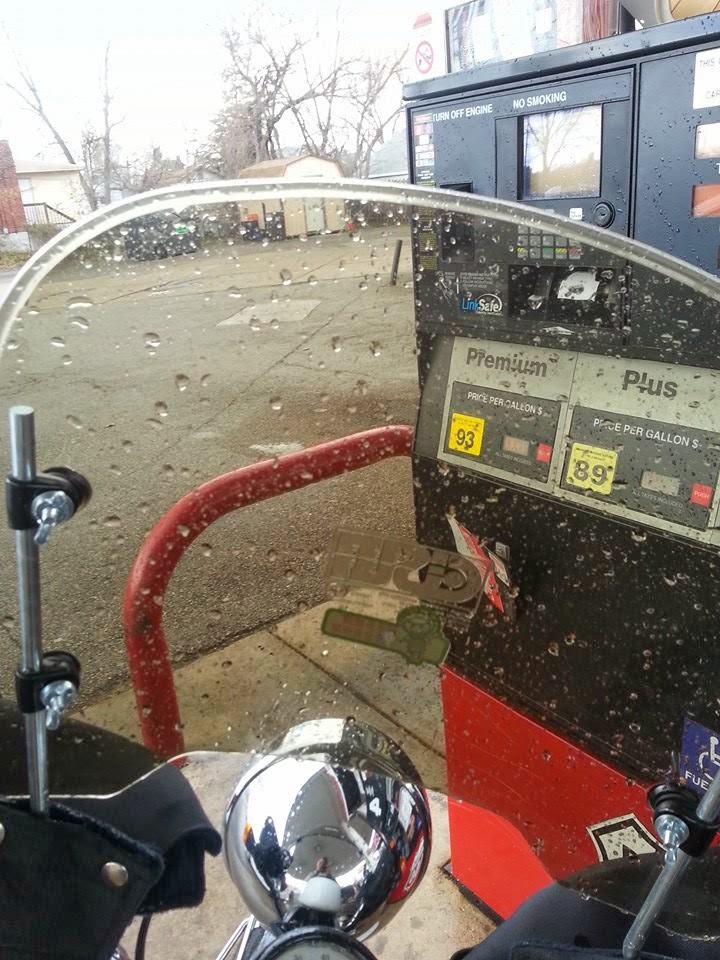 And as if out of nowhere it rained. It rained quite hard, but only briefly. Fortunately the gear I was wearing was water resistant. When I got to the gas station I stowed my cellphone in the topcase. It was the only thing I was worried about. Of course, it stopping raining just as I was ready to pull away from the pump and the sun shone bright for my ride home. The whole episode made me laugh. It was like life was having a little joke with me. And just for today, I was delighted by its attention.

High temperature was 62F/17C today. Other then the little cloudburst there was plenty of sunshine. I even got in a quick inline skate: 6 miles in 30 minutes, a nice 12mph/19kph pace.

Tomorrow the plan is: Back to work. I am ready.
Posted by Keith - Circle Blue at 7:40 PM