It was dry both going to work and coming home. The forecasters say it is unseasonably cool. I think it is just right.

It seems it was livestock day Downtown. 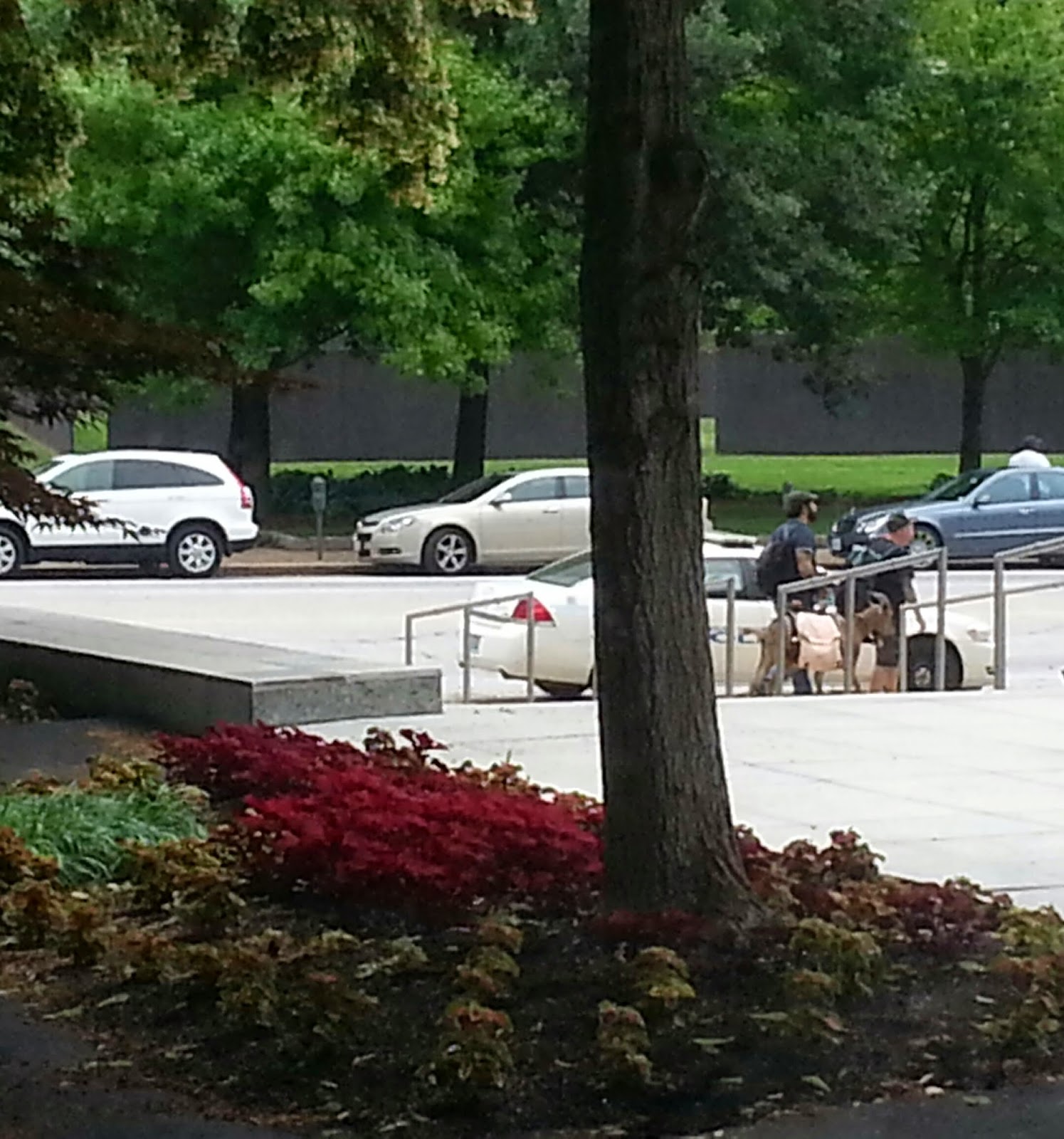 First there was the goat. I went outside on my morning break and there it was. It isn't everyday you see a goat Downtown. Truthfully, in the years I've worked Downtown I've never seen a goat Downtown. Later I found out a guy is walking from Seattle to New York with his goat. You can see a short video about it here.

At lunchtime I noticed this woman with a big dog crate. This, too, is an unusual site Downtown. 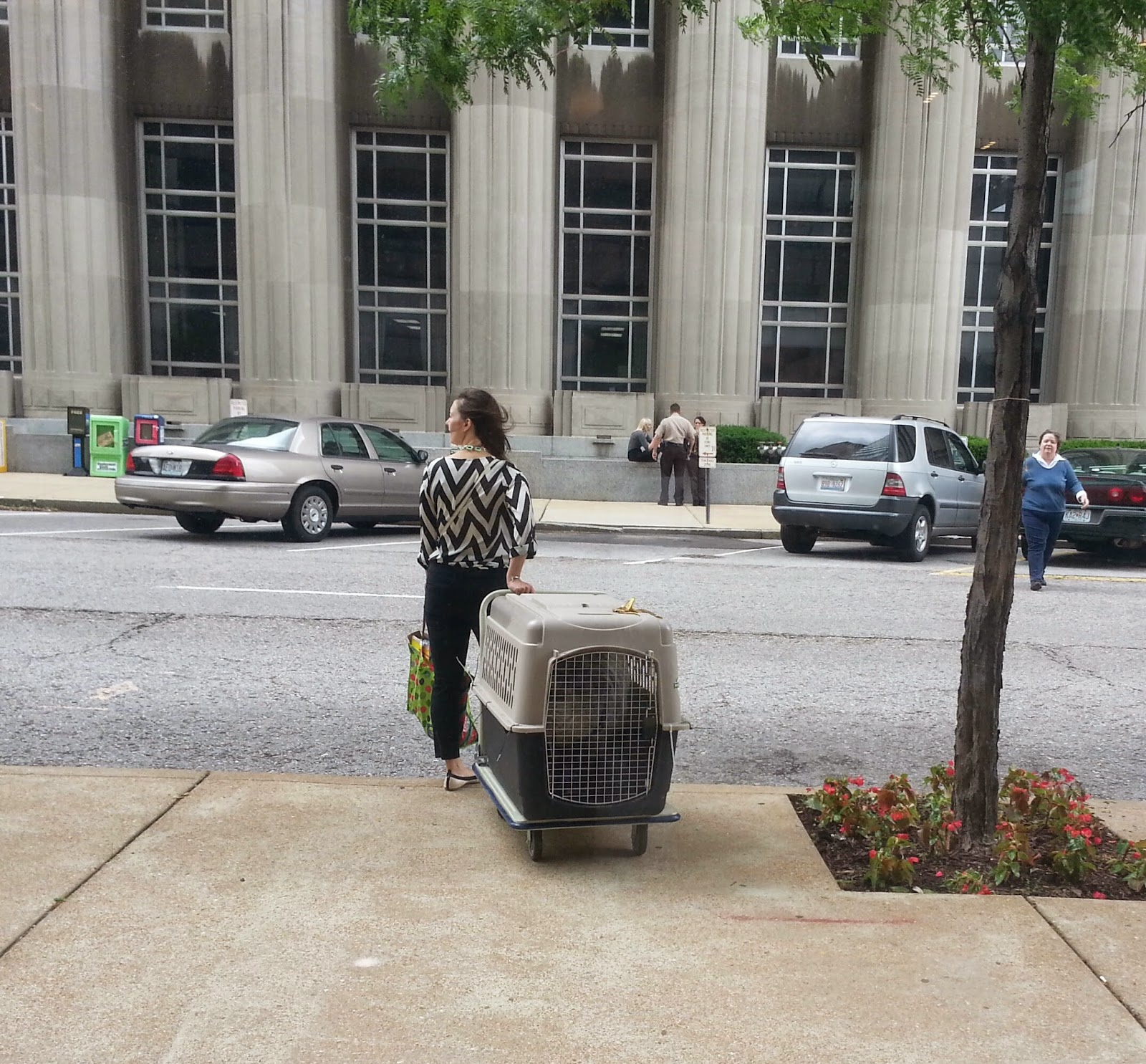 When I looked closer I saw there wasn't a dog inside the crate. 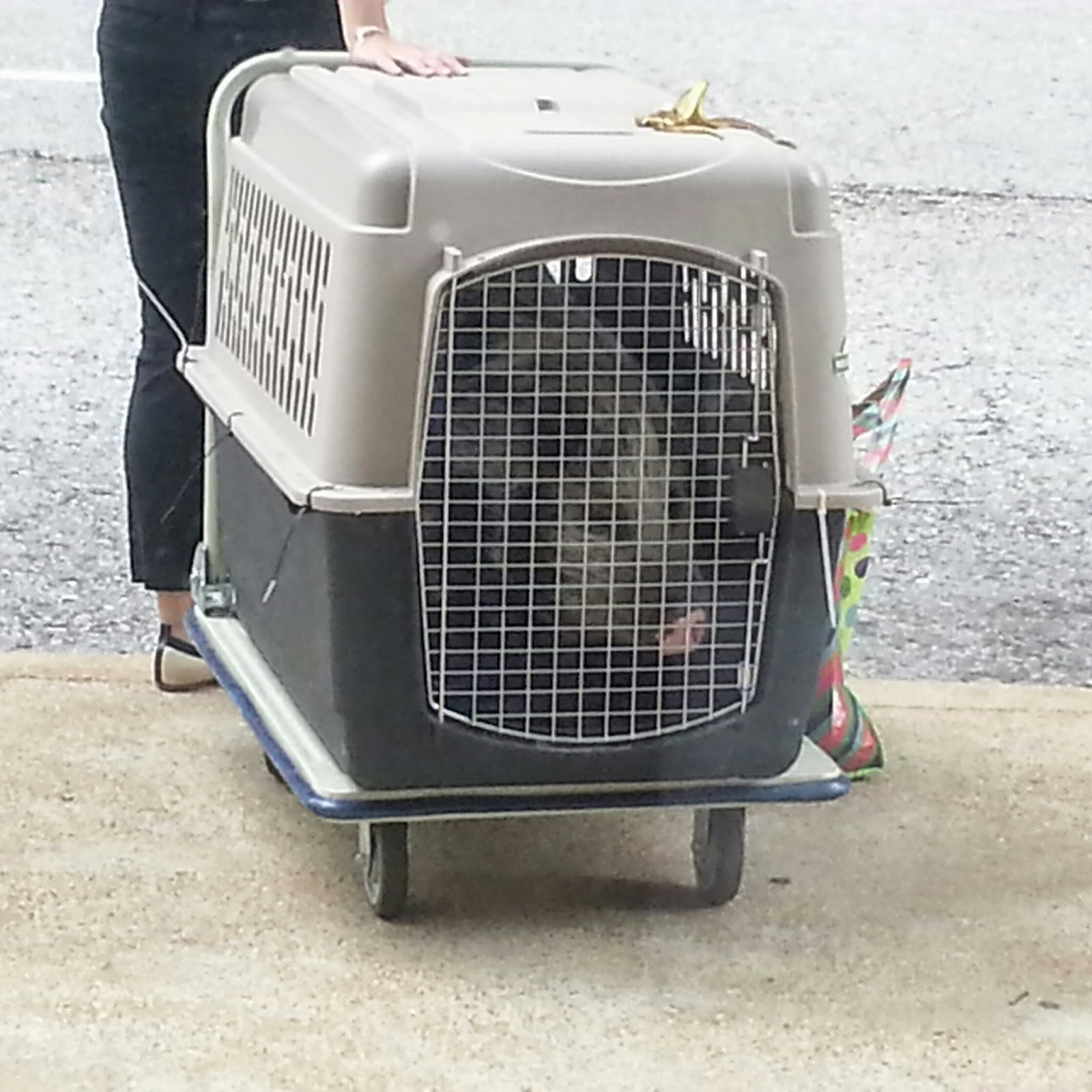 There was a pig! Later I found out the pig's name is Walter and he's a Barn Buddy animal ambassador from Longmeadow Rescue Ranch, a Division of the Humane Society of Missouri. Just exactly what he was doing Downtown I'm not sure, but I think it involved a TV appearance. You can read more about the Ranch by clicking here.