More About Becoming A Native 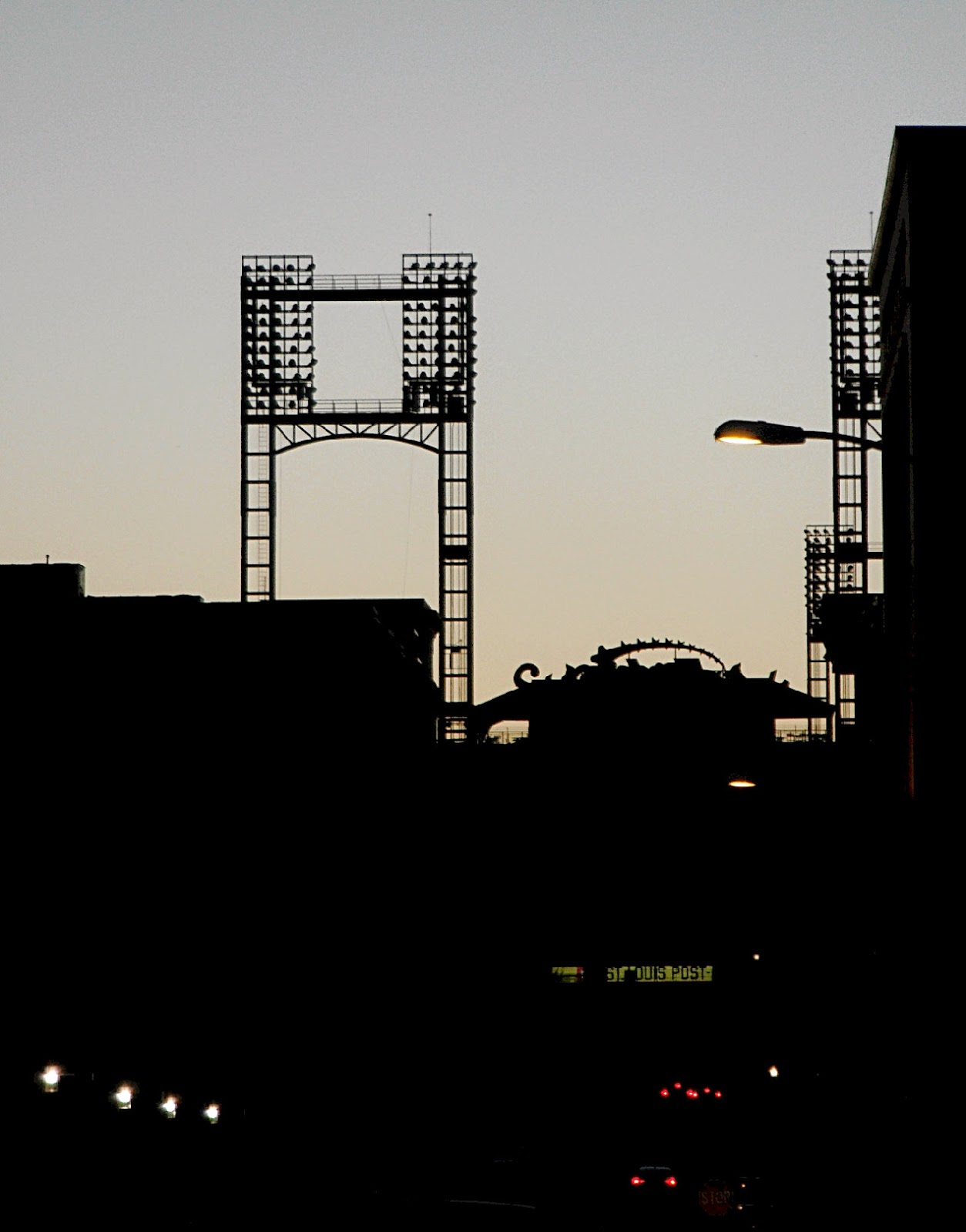 Again I made it Downtown before the sun made its appearance.

As I was parking Billie, Chieftain Rider came to get something out of his bike. He confirmed he had a couple of stops yesterday and had run late. Of course, I had to show him my new lights. He humored me. Why was I there earlier than normal he wanted to know. I mentioned the sun on the horizon. What was my route, he asked. When I told him he showed surprise I'd come the way I do. I pointed out how all the stop signs weren't a problem for me, rather they worked in my favor. They kept traffic speed down. I shared how I saw many of the same people nearly everyday and many now waved to me, and how I now knew some of them by name. "You're a damn ambassador!" he said, laughing. I understood what he meant, but, truthfully for me riding in the neighborhoods is more about becoming a native. 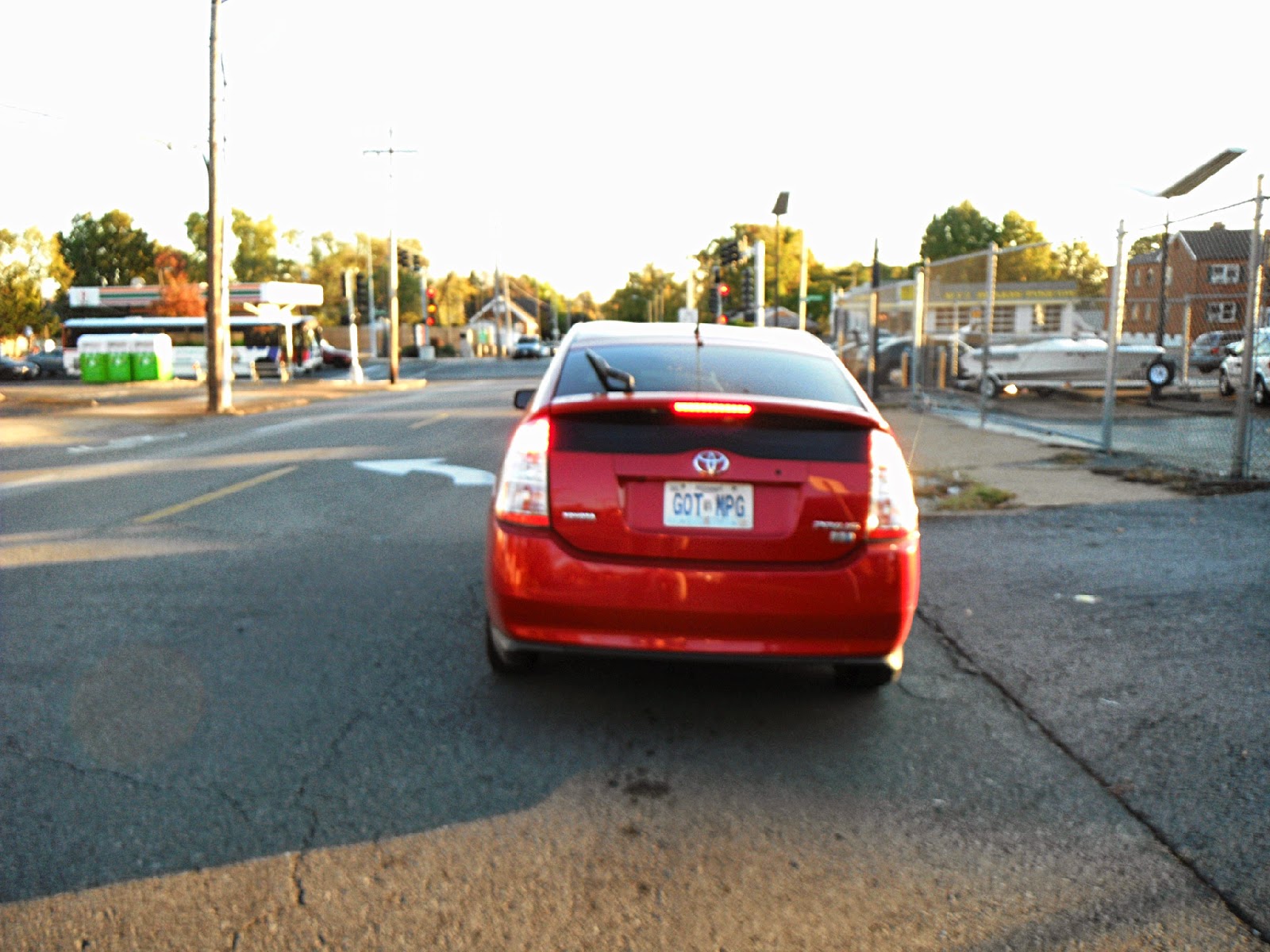 On the way home I found myself behind this Prius. I would have liked to have figured out a way to get in front of it so I could point out my 100 mpg sticker. Alas, the opportunity didn't present itself. Pity.


Yep, it was beautiful day in the Heartland.
Posted by Keith - Circle Blue at 6:44 PM